A graduate of Cambridge University and the Guildhall School of Music and Drama, Julian studied composition with Robin Holloway and Robert Saxton, and piano with Philip Mead and John York. More recently, he has also studied with the composer David Matthews.

Julian’s compositions include three String Quartets of which no.3 was premiered by the Fitzwilliam Quartet in 2018; a symphony commissioned by Horsham Symphony Orchestra, premiered under Steve Dummer on 19th June 2010; Points of Departure, a concerto for strings commissioned by the Musicians of All Saints; Concertino for Violin, Timpani and Strings (premiered by Shereen Godber and The Musicians of All Saints; Intermezzo for orchestra, commissioned by the Music Society of University College, London; various vocal and choral compositions; and a range of chamber music, including Sonata for Violin and Piano (premiered by Ellie Blackshaw and Rachel Fryer, 2015) and the three string quartets mentioned above.  Work for piano includes Nocturne: Valldemossa (a homage to Chopin, premiered by Nancy Cooley in 2019), Szene am Bach (commissioned by Rachel Fryer for the project Variations Down the Line https://www.variationsdowntheline.org/ and premiered by Rachel in 2020), three Barcarolles, and the  Sonata Across Four Elements, performed by Adam Swayne at Chichester in 2009.

Choral/orchestral compositions range from Under Your Feet (2008) for soloists, chorus and orchestra (incorporating ‘The Flowering of Flint’, commissioned by East Sussex County Council in 1997, with four new movements) to Requiem (2020).

In 2010, Julian founded Pedlar’s Dream, an ensemble made up of actors, singers and instrumentalists exploring new ways of bringing words and music together.  A typical programme will include new poetry and new music alongside classics from both disciplines.

In addition to his piano-teaching practice, Julian currently convenes the music and creative studies programmes for the Centre for Community Engagement at the University of Sussex, where his work includes conducting a community orchestra for adult learners of all abilities.  Julian has devised a large number of short courses for adult learners in addition to certificate programmes (e.g. the part-time Certificate in Opera) and, in collaboration with colleagues, modules for the part-time BA in Creative Studies for which he also teaches.

In 2001, Julian received an Award for Excellence in Teaching, conferred by the University of Sussex Alumni society.  Teaching qualifications include the LRAM piano teacher’s diploma, and a postgraduate diploma in continuing education (University of Sussex). 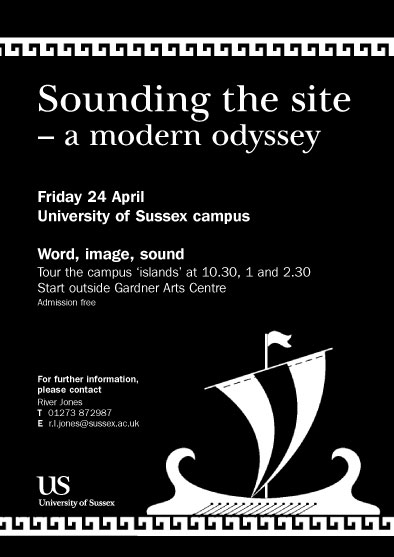