Last year was largely concerned with writing a new three-movement concerto for my friend and duo partner Miriam Teppich. The piece was completed on 23rd December (just in time to avoid Christmas complications), and Miriam has been preparing it with her usual energy, commitment and brilliance. We are currently exploring possible locations and ensembles for the premiere.

'The Fingerprint Project', involving me, my composer friend John Hawkins https://johnhawkinsmusic.co.uk/ and clarinettist ++ Steve Dummer, has been on ice for a few months, but will be revived asap.  The fingerprints in question are not associated with any criminal activity, unless that is how you view composition in the 21st century.  They concern what might be called the fingerprints of a given composer's style. John and I plan to swap fingerprints and see what happens. . .
In Slightly Older News:

My setting of the Requiem Mass is now complete at  c.45', including a keyboard part for rehearsal.  Relatively easy choral parts are accompanied by a modest ensemble of thirteen players - wind and string sextets with percussion.  I have set the bulk of the Latin text,  but have also included six English and American poems reflecting, in one way or another, on death, decay, and the passing of things. These poems are set for solo soprano and baritone.  All that is now required is permission from the publishers of Edwin Muir and Robert Frost to set these authors' poems: I have been waiting for a clear response since 2017.  The Frost Estate has now given permission, but I am still waiting for a license.  The Muir Estate has not responded yet, despite repeated attempts.

Also new: 'Szenen am Bach': three 'Goldberg' variations for piano.  These were commissioned by Rachel Fryer, who gave the premiere in July 2020 at the JAM Festival, Kent.  For more info., see Variations https://www.variationsdowntheline.org/index.html.

When I compose, I like to think of live musicians, singing or playing.  I prefer the sometimes rough edges, the rasp, clatter and hiss of acoustic instruments, to the manufactured perfection of electronic sound.  And I prefer the uncertainties of live performance to recordings which, however wonderful, remain forever the same. Read more...

Engaging with other people is also essential to my work as performer and teacher.  As a pianist, I do give the occasional solo recital, but I have a definite preference for work (not just concerts) in which I partner singers or instrumentalists in one combination or another. Read more... 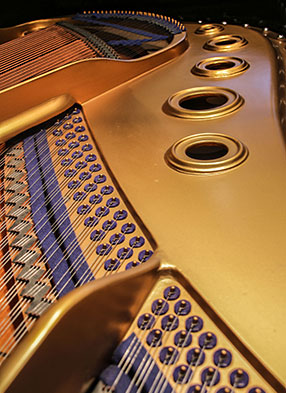 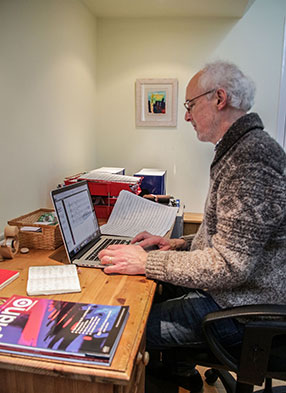 Julian is a composer, pianist and educator with over ten years’ experience of teaching music and creative studies at degree level at the University of Sussex and in the wider community.